Guatemala off the beaten Path

Off the beaten path Guatemala is a 15 days adventure vacation package to discover secluded areas of the Mayan world’s heart.

Experiencing out of the ordinary destinations that appropriate for tourists trying to find unique and distinct locations to go to, find extraordinary places, reach locals along the way, journeys for individuals who prevent locations impacted by over-tourism.

This vacation package is a suggested itinerary that can be easily customized to fulfill your expectations, adding or excluding destinations and activities to fit with your vacation plan

Our team will welcome you at La Aurora International Airport and transfer you to your hotel in Antigua, Guatemala.

Today you will take pleasure in a trip through the villages around Antigua, Guatemala. On this cultural trip, you will visit.

The Santiago Zamora cooperative is a females' s association that concentrates explicitly on revealing to travelers their regional day-to-day activities at home. The discussion starts with presenting the regional fabrics; you will find out how to form the threads till usage the back-strap loom and get the last fabric. Discover how to prepare coffee from the seed to the cup.

Dance regional music with the females' s. In the end, take pleasure in excellent regional food, "pepian" made from lots of spices, including chicken, beef, or pork.

Antigua's cultural walking tour is a journey through time and history, going to ruins, museums, markets, and churches; in this city, the colonial times' stories and legends are still present together with the old paved streets.

At 13:30 hrs. Transfer to Pacaya Volcano The walking then starts with a not so hard walking through a fantastic pine forest, continues up the more challenging ashes area, and lastly to the sulfur smoking cone.

From the top of the volcano, you can enjoy excellent views of the northern volcanoes, the Pacific lowlands, and El Salvador; however, the lava is not assured continuously, but we will do our best, the sunset is phenomenal.

Back at the volcano base, our assistance car awaits us for our transfer back to Antigua.

Transfer to Panajachel, on the way, go to Iximche archaeological site in Tecpan. Iximche was a Maya Cakchiquel city founded in 1463, less than a century before the Spaniards' arrival, which played a definitive function in the Spanish conquest of this area of Guatemala.

Its four ritualistic plazas with their temples and ball courts host praise events for the gods even today. Have lunch at a few of the regional dining establishments in Tecpan and continue to Lake Atitlan.

Two nights of accommodations in Panajachel.

Today you will start your tour taking a boat to San Juan La Laguna here; you can see the women's fabric cooperative to experience the hand weaving and natural color procedure.

Have a class on making fashion jewelry in a regional neighborhood; Visit the studios/houses of renowned naive painters, and then continue to Santiago's village.

After lunch, you will continue to the town, visiting the Maya God Maximon, and learn more about the fabrics, spiritualism, and beliefs of the Tz'utujil Maya.

After the trip, move back to the hotel.

After breakfast, we will prepare to start our journey towards Chichicastenango Market.

Upon arrival, delights in the colored market where the aroma of incense and mysticism guarantees a distinct environment, bargaining of costs, and a church with combined Mayan and Catholic customs.

This is a colorful market that every Thursday and Sunday vanishes and appears as one of the ancient business customs of the Guatemalan highlands, which now thrills the visitors.

One night of accommodation at Chichicastenango.

Today, transfer from Chichicastenango to Nebaj, Quiche (approx. 3 hrs. driving) Through this transfer, take pleasure in gorgeous views and landscapes loaded with nature and crops. Upon arrival, have a trip around the location.

Two nights of accommodations at Nebaj.

Today go to the other part of the Ixil Triangle, transfer to Chajul town. Chajul is an attractive collection of charming adobe homes with tiled roofing systems.

You will move to San Juan Cotzal. There is little to see in the town itself, though the weavings here are a few of Guatemala's most refined.

The Iglesia San Juan fronts a quiet plaza that has been renovated and adorned with benches and flowers. The church's interior is not almost as sophisticated as that of surrounding Chajul; however, its Christ statue oddly holds personnel with an Israeli flag. Jesus was a Jewish carpenter.

You can do a little walking in the afternoon, which ultimately passes through cornfields for about 20 minutes to reach Santa Abelina waterfalls.

The water falls on the rock-leaning on the edge of the cliff and produces a little dew. There's a bit tile-roofed altering space by the swimming pool at the fall's base, late afternoon go back to Nebaj.

Today, transfer from Nebaj to Lanquin location (approx. 7 hrs. driving). This is a long driving day but the roads to lanquin offer an incredible landscape, also you will observe the locals in their daily activities

Two nights of accommodations at Lanquin.

Today, take a 4x4 transportation heading to Semuc Champey. This is a lovely series of little ponds and natural pools formed by the Cahabon River.

The River immerses itself at Semuc Champey's entryway and resurfaces about 400 meters later on after it passes this natural limestone bridge suspended with lovely crystal-clear ponds. You have water with tones of light green emerald to dark blue sapphire in this unique natural enviroment.

Afternoon transfer back to the hotel.

On the way, check out Las Conchas, a natural park that is home to numerous plants and animals, in addition to natural pools.

Its initial name is Se' pemech in Q'eqchi' language, which implies "Conchas" (shells) because you can see snails' fossils at the bottom of the pool.

Here you will likewise discover a natural waterfall of 10-- 15 meters in height. After this visit, continue to Rio Dulce.

One night of accommodations in Rio Dulce.

Today you are going to descent by boat from the lovely canyons of Rio Dulce to the Caribbean coast; on the route, observation of plants and animals, and the fantastic canyon.

Check out Livingston, the town of previous insurgent servants, culture "Garifuna." This city looks oddly more like a city in Jamaica than a village in Guatemala ... Although it is on land, it is just available by boat from Puerto Barrios or Rio Dulce.

Here delights in a delicious tasting of Coco Loco while enjoying the pleasant Garifuna individuals carrying out a regional dance.

Trip back the Rio Dulce by boat, where your automobile will be waiting on a transfer to Peten location (approx. 3.5 hrs. driving).

Today indulge yourself with a guided trip through the Mayan World's most important city's main routes and locations. Here you will discover that nature and archeology are splendidly mixed.

You will have the opportunity to see plentiful wildlife, the Mayan forest, millennial temples, quiet witnesses of the birth and splendor in addition to the collapse of among the essential civilizations in the world; all this in our tour to Tikal, The City of the Voices.

Transfer to Yaxha National Park (approx. 1hr). Start walking through their causeways under an abundant tropical forest, where howling monkeys flood the environment with their wails to impress the female or to move away from an intruding male in their flock.

We will climb up some temples that are the photographers' accomplices, as they offer terrific views. After the trip, transfer to Mundo Maya Airport.

18:30 hrs. Regional flight from Flores to Guatemala City. 19:30 hrs. Arrival then transfer to your hotel in the city.

One night of accommodations at Guatemala City. 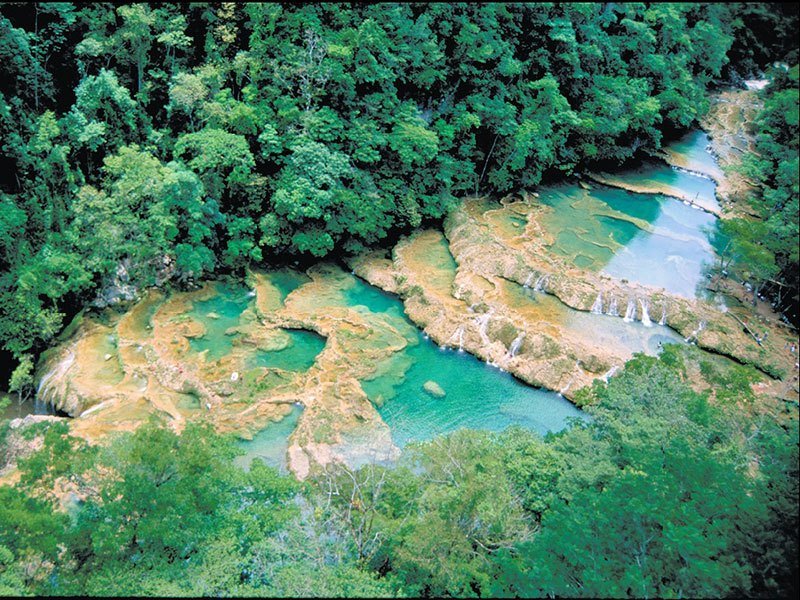 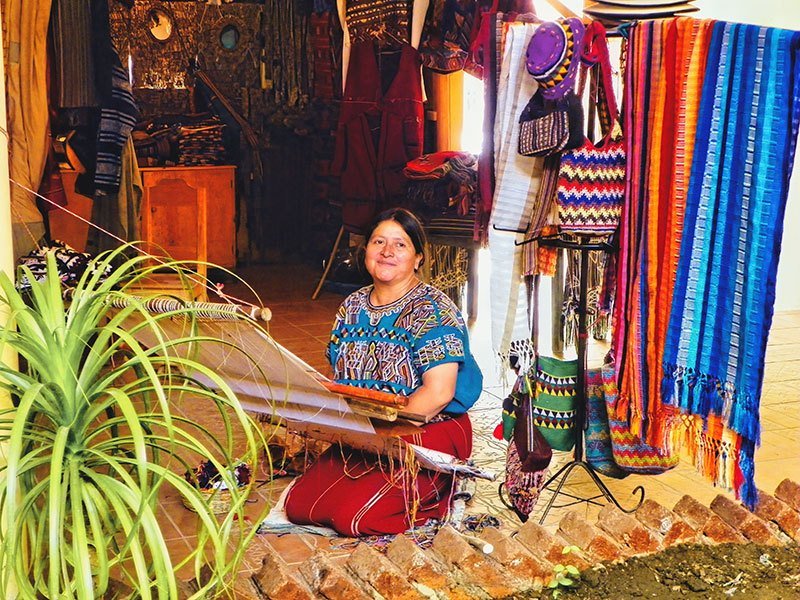 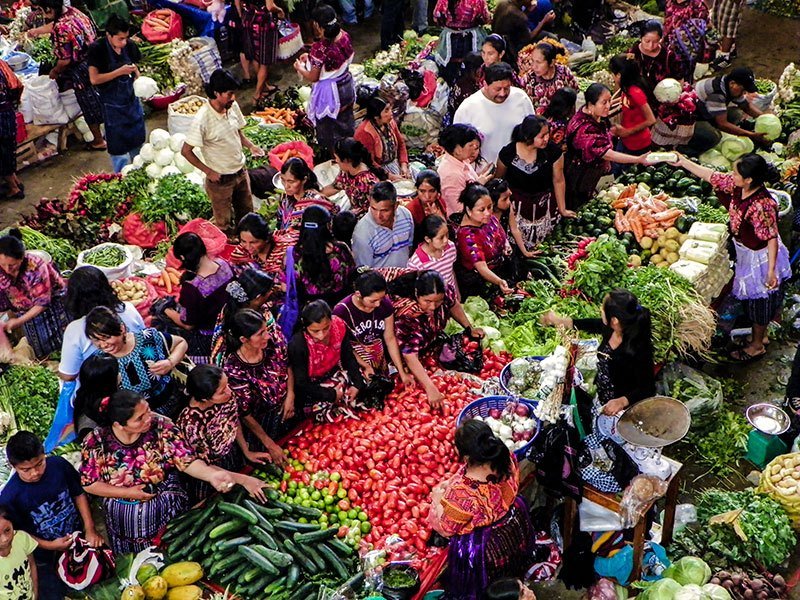 all trips made to fit

We create phenomenal holidays, customized to meet all your requirements, with each journey of consistently created simply the manner in which you need it

Much More To Discover

Guatemala off the beaten Path

Guatemala, Culture & Nature 12 days & 11 nights This adventure will take you through the main cultural and natural
Explore